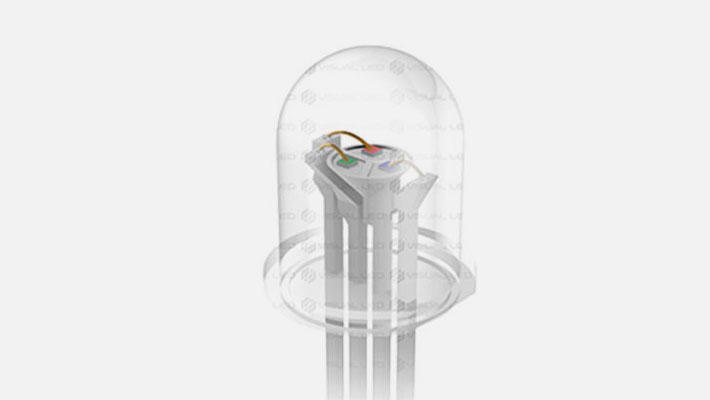 Considering the great potential for communication and publicity of outdoor LED screens, it is no wonder that the market keeps growing at great pace. The vandal resistant LED has been developed as a way to improve DIP LEDs by combining the durability of this technology with the small pixel area and high resolution of SMD LEDs, uniting the best of both worlds in a single product.

Vandal resistant LEDs have a cylindrical-shaped capsule that ends in a sphere, similar to those on conventional DIP LEDs. However, the interior is what makes them unique, having three integrated encapsulations instead of the traditional single one.
Each encapsulation contains one of three semiconductor crystals that produce a red, green or blue light respectively.
Much like SMD LEDs, vandal-resistant LEDs can show any of the three colors allowing greater flexibility.

WHAT ARE THE DIFFERENCES BETWEEN CLASSIC DIP LEDS AND VANDAL-RESISTANT LEDS?

Vandal-resistant LEDs combine the advantages of both DIP and SMD LEDs:

Visual Led offers several types of led screens that can use vandal resistant LEDs. We classify them in the following categories: